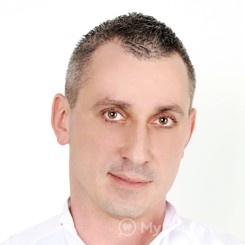 Please write a review, you
help millions of people with choice

2006 – became a Member of Stomatologists’ Association of Ukraine.

2006 – completed the study courses “Everything about veneers”, “Whitening in dentistry.

From 2012 - doctor-stomatologist and orthopedist in «Oxford Medical» clinic.

2013 – awarded I qualification grade on specialty “dentist and orthopedist”.

2 Rieview about a doctor Buryi Yury

The goal of treatment: Installing the implants

The goal of treatment: Dental Prosthesis